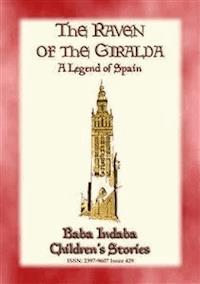 THE RAVEN OF THE GIRALDA - A Legend of Spain E-Book

ISSN: 2397-9607 Issue 429 In this 429th issue of the Baba Indaba’s Children's Stories series, Baba Indaba narrates the Japanese Legend, "THE RAVEN OF THE GIRALDA”. A long, long time ago, a wise raven lived in the top of the Giralda, the Moorish bell tower of the cathedral in Seville, Spain. At night, he was often deep in talk with his special friend, the owl, who, when tired of roaming through the tops of the giant palm trees or of prowling into out-of-the-way nooks in the cathedral roof, liked to tell of his adventures. He often heard from the moonbeams, whose tales which, when repeated, made even the raven's sober thoughts turn sprightly. What the raven liked best to hear was what the owl, or anyone else, could tell of the Giralda itself or of the mighty Cathedral below the tower. Now it happened that the wind, even more than the owl, was a friend of the raven. The wind had a tale to tell about his ancestor the Passarina and the monk. Well, what happened you ask…? As you would expect in these strange circumstances, many things could happen, and many did. To find the answers to these question, and any others you may have, you will have to download and read this story to find out! Each issue also has a "WHERE IN THE WORLD - LOOK IT UP" section, where young readers are challenged to look up a place on a map somewhere in the world. The place, town or city is relevant to the story. HINT - use Google maps. INCLUDES LINKS TO DOWNLOAD 8 FREE STORIES Baba Indaba is a fictitious Zulu storyteller who narrates children's stories from around the world. Baba Indaba translates as "Father of Stories". BUY ANY of the BABA INDABA CHILDREN’S STORIES at https://goo.gl/65LXNM 10% of the profit from the sale of this book will be donated to charities. KEYWORDS/TAGS: Baba Indaba, Children’s stories, Childrens, Folklore, Fairy, Folk, Tales, bedtime story, legends, storyteller, fables, moral tales, Spain, raven, wind, owl, Giralda, monk, passarinno, tower, passarinna, like, story, bells, monastery, Seville, bird, old, ancestress, ancestor, Girandello, Cathedral, sing, Cantor, three, 3, centuries, brother, Alcazar, Jubilo, garden, belfry, music, Guadalquiver, Guadal, flat roofed, rectangular, understand, stammer, fountain, feathers, Oranges, Alfonso, Singer, riders, copper, cocoa, Weather vane, Wondering, orange scented, out-of-the-way, sunny hearted 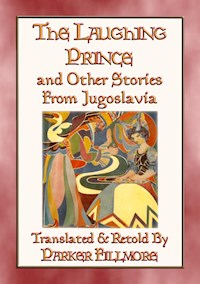 THE LAUGHING PRINCE and other fairy tales and stories from Jugoslavia
Anon E. Mouse 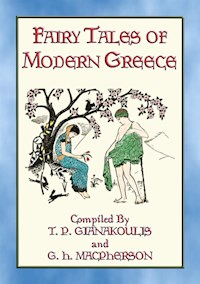 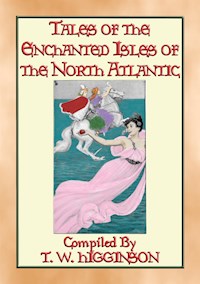 TALES OF THE ENCHANTED ISLANDS OF THE NORTH ATLANTIC - 20 Tales of Enchanted Islands
Anon E. Mouse 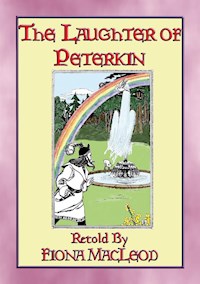 THE LAUGHTER of PETERKIN - a retelling of Old Tales of the Celtic Wonderworld
Anon E. Mouse 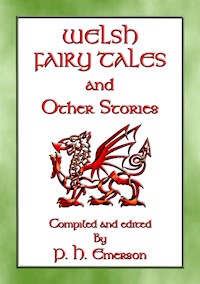 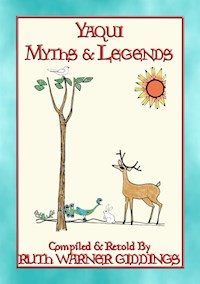 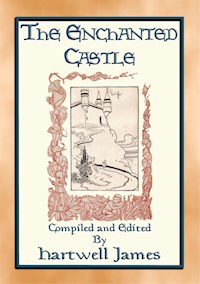 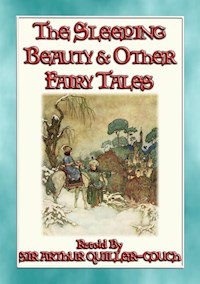 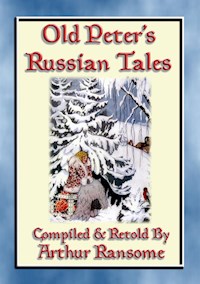 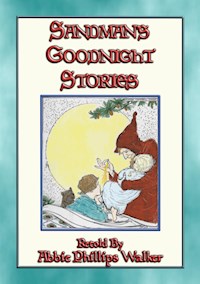 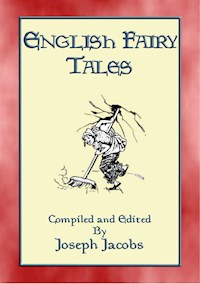 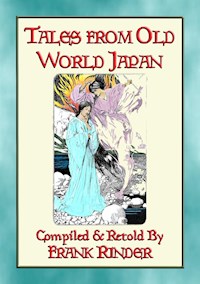 TALES FROM OLD-WORLD JAPAN - 20 Japanese folk and fairy tales stretching back to the beginning of time
Anon E. Mouse 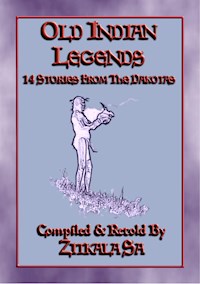 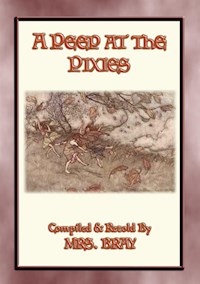 A PEEP AT THE PIXIES - 6 of the most popular Pixie tales from Dartmoor
Anon E. Mouse 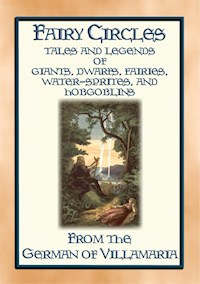 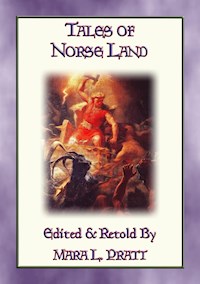 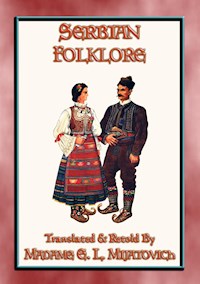 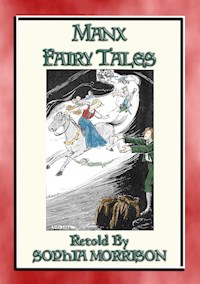 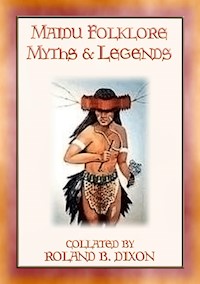 The Raven of the Giralda

A Legend of Spain

THE RAVEN OF THE GIRALDA

Typographical arrangement of this edition

This book may not be reproduced in its current format in any manner in any media, or transmitted by any means whatsoever, electronic,

(including photocopy, file or video recording,

internet web sites, blogs, wikis, or any other

except as permitted by law

without the prior written permission

An Introduction to Baba Indaba

Baba Indaba, pronounced Baaba Indaaba, lived in Africa a long-long time ago. Indeed, this story was first told by Baba Indaba to the British settlers over 250 years ago in a place on the South East Coast of Africa called Zululand, which is now in a country now called South Africa.

In turn the British settlers wrote these stories down and they were brought back to England on sailing ships. From England they were in turn spread to all corners of the old British Empire, and then to the world.

In time the Wenxoxi Indaba grew old and when he could no longer see or hear, Baba Indaba became the next in a long line of Wenxoxi Indabas. So fond were the children of him that they continued to call him Baba Indaba – the Father of Stories.

When the British arrived in South Africa, he made it his job to also learn their stories. He did this by going to work at the docks at the Point in Port Natal at a place the Zulu people call Ethekwene (Eh-tek-weh-nee). Here he spoke to many sailors and ships captains. Captains of ships that sailed to the far reaches of the British Empire – Canada, Australia, India, Mauritius, the Caribbean and beyond.

He became so well known that ship’s crew would bring him a story every time they visited Port Natal. If they couldn’t, they would arrange to have someone bring it to him. This way his library of stories grew and grew until he was known far and wide as the keeper of stories – a true Wenxoxi Indaba of the world.

Baba Indaba believes the tale he is about to tell in this little book, and all the others he has learned, are the common property of Umntwana (Children) of every nation in the world - and so they are and have been ever since men and women began telling stories, thousands and thousands of years ago.

Location of KwaZulu-Natal (shaded in red)

Where in the World? Look it Up!

This next story was told to him by a traveller who hailed from the town of Chipiona. Can you find Chipiona on a map? What country is it in?

The Raven of the Giralda

A Legend of Spain

A story, a story

Let it come, let it go

A story, a story

From long, long ago!

Umntwana, children, this story is from a time long, long ago and far, far away, from an ancient European land which, on maps, looks more like a boot than a country. In ancient times its capital city was established by twin boys raised by wolves whose names were Romulus and Remus. Their city-state became an all-conquering world power; for a time at least. It is bordered to the North by the Alps and to the West by the Tyrrhenian Sea. To the East is the Adriatic Sea and to the South the Mare Nostrum, or the Mediterranean Sea.

In ancient times the whole land was known as Calabria. Today we know this land as Italy.