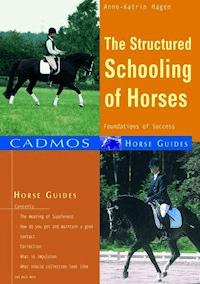 The Structured Schooling of Horses E-Book

Submission and suppleness, rhythm, contact and collection are some of the basic elements that make up a horse's training and which all riders need to come to grips with. But what do they actually mean, and what is their order of priority? This book gives a clear description of how a structured schooling programme can be put together and what importance should be given to each of the individual components of training. 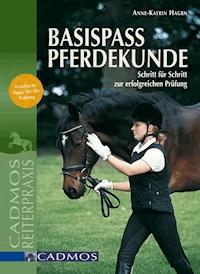 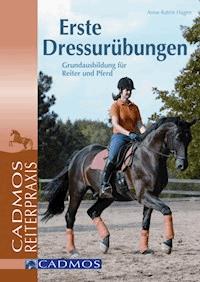 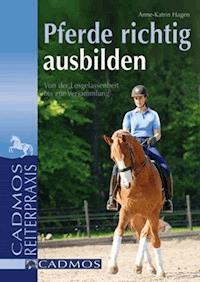 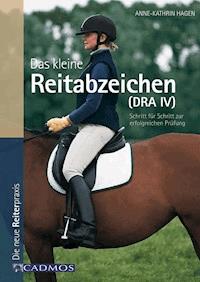 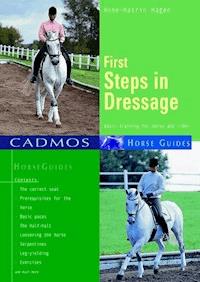 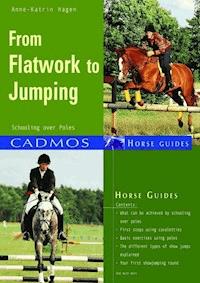 From Flatwork to Jumping
Anne-Katrin Hagen 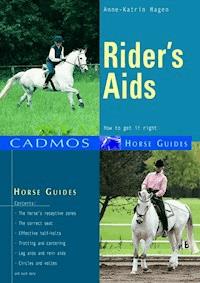 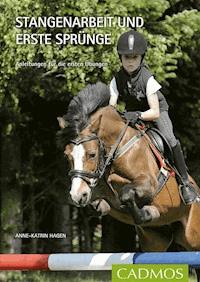 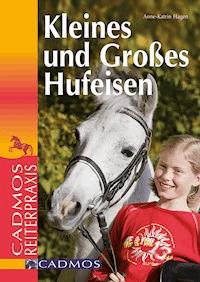 The Structured Schooling of Horses

Copyright for this edition

Design and setting of the print edition: Ravenstein + Partner, Verden.

Copying or storage in electronic media is permitted only with the prior written permission of the publishers.

Training your own horse can be a fascinating exercise, but only a rider with a correct and independent seat, and a good drop of courage, should take on this task. Young horses are sometimes rather full of the joys of life!

The rider should have gathered as much experience as possible from many types of horse. A rider who takes on the training of a young horse should themselves have had a good foundation of training.

You always need to bear in mind that the horse is one of the noblest animals in creation. It is both an animal of flight and a herd animal. The instinct for flight still exists in domestic horses, slightly stronger in some than in others. Even with discipline, this instinct can never be entirely overcome. This can only be achieved through the building of trust.

A strict hierarchy exists in herds, and the leader (usually a mare) is respected by all the rest. For the rider who takes on the training of a young horse, this means that he must take on the role of the herd leader. From the start the rider must therefore earn respect and build up trust. Beware of humanising the horse. Despite our love of the horse and its beauty, the horse is still a horse – it thinks, feels and behaves like a horse, and the handler must always remember that!

The dominant mare is the first to the trough and is first through the gate when it’s time to go in. When the leader of the herd comes, all the others make way.

The Aim of training

At the end of a systematic training programme (lasting at least two years), the horse should have become more appealing to the eye: it will have developed muscles in the right places, its movement will be free and supple, and its presence and expressiveness will have developed. The horse will respond to finely tuned, barely perceptible aids and instructions. It will allow itself to be bent and flexed and ridden forwards in the required outline at a rhythmic, loose and even pace. The hindquarters will carry more weight so that the forehand becomes freer in its movement. It will go through water without any problems and will be able to tackle small jumps. Full of trust – for the horse is certain that it will never be over-faced by its rider – it will be happy out hacking, in the school and on the road. In short: it will be “pleasant to ride”.

The path to this goal is long, and demands discipline, perseverance and endless patience. The only way to achieve this is through a sensible plan of small steps, one building on the next. Any short cut or deviation from this path (“Tips and Tricks…” or " The expert says…”) will lead unmistakably in the wrong direction. It takes much longer to fill gaps in training or to correct mistakes. Often the results of such errors cannot be rectified and the horse will be a physical or mental wreck for its all too often short life.

Some basic systems of training

In the early 1950s the German Equestrian Federation developed the "Principles of Riding and Driving”. These principles talked about the “Training Scale” for the first time. They were based on Gustav Steinbrecht’s (1808 – 1886) Gymnasium” des Pferdes (Gymnasium of the Horse) with the guiding principle: “ Ride your horse forwards and straight!” Steinbrecht’s classic was first published (posthumously) in 1886, and from it Hans von Heydebrecht (1866 – 1935) and a committee then developed the military service regulations, for cavalry training in the German army. This training system is still unaltered today as the basis for all official training manuals of the German Equestrian Federation.

In the meantime, though, half a century has passed. The experience from working with young horses and the changing demands of today’s equestrian sport have made it necessary to rethink and expand the "Training Scale”. Kurd Albrecht von Ziegner, born in 1918, cavalry officer and highly successful in show jumping and dressage, took part in the reworking of the Federation’s training system. He had been involved with the training of young horses to the highest level and had given much thought to the most sensible and careful way to reach this point. He extended the German Federation’s Training Scale by four points and slightly altered the order of the individual steps. Thus a logical concept of "small steps”, or "Elements”, emerged, that made the systematic development from basic to advanced movements possible.

Both training concepts consist of three large blocks. The first block is the familiarisation phase, in which the horse is given a basic education (tying up, lifting the feet, getting used to being rugged up, saddled and bridled) and learns to be worked on the lunge. Being backed is a very profound experience for the young horse. If it is not done with a lot of patience, sensitivity and know-ledge, then serious mistakes can be made at this early stage. The same applies to lungeing. Much damage can be done to the horse’s ability to move well as a result of incorrect lungeing. Under a rider; the horse learns to move in a loose and relaxed, rhythmical way, with ground covering paces (freedom) through a light connection to the rider’s hand (contact). The second block is the development of forward thrust. It is inter-linked to the first block. For the horse to develop forward thrust from the hindquarters, it must have established a secure contact with the rider’s hand and must work comfortably on the aids