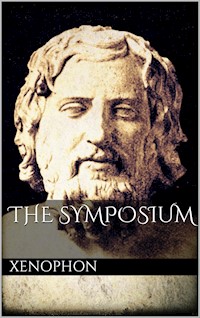 Xenophon the Athenian was born 431 B.C. He was a pupil of Socrates. He marched with the Spartans, and was exiled from Athens. Sparta gave him land and property in Scillus, where he lived for many years before having to move once more, to settle in Corinth. He died in 354 B.C. The Symposium records the discussion of Socrates and company at a dinner given by Callias for the youth Autolycus. Dakyns believed that Plato knew of this work, and that it influenced him to some degree when he wrote his own "Symposium." 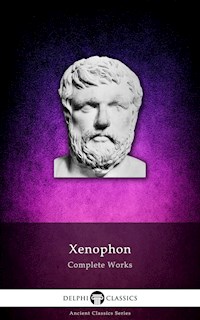 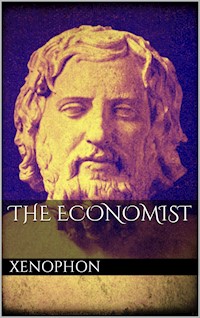 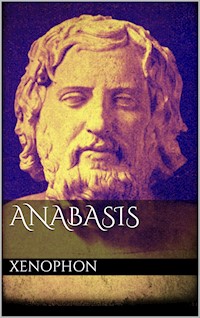 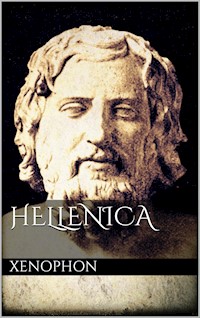 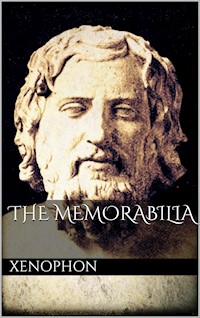 For myself, (1) I hold to the opinion that not alone are the serious transactions of "good and noble men" (2) most memorable, but that words and deeds distinctive of their lighter moods may claim some record. (3) In proof of which contention, I will here describe a set of incidents within the scope of my experience. (4)

The occasion was a horse-race (5) at the great Panathenaic festival. (6) Callias, (7) the son of Hipponicus, being a friend and lover of the boy Autolycus, (8) had brought the lad, himself the winner of the pankration, (9) to see the spectacle.

As soon as the horse race was over, (10) Callias proceeded to escort Autolycus and his father, Lycon, to his house in the Piraeus, being attended also by Niceratus. (11) But catching sight of Socrates along with certain others (Critobulus, (12) Hermogenes, Antisthenes, and Charmides), he bade an attendant conduct the party with Autolycus, whilst he himself approached the group, exclaiming:

A happy chance brings me across your path, just when I am about to entertain Autolycus and his father at a feast. The splendour of the entertainment shall be much enhanced, I need not tell you, if my hall (13) should happily be graced by worthies like yourselves, who have attained to purity of soul, (14) rather than by generals and cavalry commanders (15) and a crowd of place-hunters. (16)

Whereat Socrates: When will you have done with your gibes, Callias? Why, because you have yourself spent sums of money on Protagoras, (17) and Gorgias, and Prodicus, and a host of others, to learn wisdom, must you pour contempt on us poor fellows, who are but self-taught tinkers (18) in philosophy compared with you?

Hitherto, no doubt (retorted Callias), although I had plenty of wise things to say, I have kept my wisdom to myself; but if only you will honour me with your company to-day, I promise to present myself in quite another light; you will see I am a person of no mean consideration after all. (19)

Socrates and the others, while thanking Callias politely for the invitation, were not disposed at first to join the dinner party; but the annoyance of the other so to be put off was so obvious that in the end the party were persuaded to accompany their host.

After an interval devoted to gymnastic exercise (and subsequent anointing of the limbs) by some, whilst others of them took a bath, the guests were severally presented to the master of the house.

Autolycus was seated next his father, as was natural, (20) while the rest reclined on couches. Noting the scene presented, the first idea to strike the mind of any one must certainly have been that beauty has by nature something regal in it; and the more so, if it chance to be combined (as now in the person of Autolycus) with modesty and self-respect. Even as when a splendid object blazes forth at night, the eyes of men are riveted, (21) so now the beauty of Autolycus drew on him the gaze of all; nor was there one of those onlookers but was stirred to his soul's depth by him who sat there. (22) Some fell into unwonted silence, while the gestures of the rest were equally significant.

It seems the look betokening divine possession, no matter who the god, must ever be remarkable. Only, whilst the subject of each commoner emotion passion-whirled may be distinguished by flashings of the eye, by terror-striking tones of voice, and by the vehement fervour of the man's whole being, so he who is inspired by temperate and harmonious love (23) will wear a look of kindlier welcome in his eyes; the words he utters fall from his lips with softer intonation; and every gesture of his bodily frame conform to what is truly frank and liberal. Such, at any rate, the strange effects now wrought on Callias by love. He was like one transformed, the cynosure of all initiated in the mysteries of this divinity. (24)

So they supped in silence, the whole company, as if an injunction had been laid upon them by some superior power. But presently there came a knocking on the door! Philippus the jester bade the doorkeeper (25) announce him, with apologies for seeking a night's lodging: (26) he had come, he said, provided with all necessaries for dining, at a friend's expense: his attendant was much galled with carrying, nothing but an empty bread-basket. (27) To this announcement Callias, appealing to his guests, replied: "It would never do to begrudge the shelter of one's roof: (28) let him come in." And as he spoke, he glanced across to where Autolycus was seated, as if to say: "I wonder how you take the jest."

Meanwhile the jester, standing at the door of the apartment where the feast was spread, addressed the company:

I believe you know, sirs, that being a jester by profession, it is my business to make jokes. I am all the readier, therefore, to present myself, feeling convinced it is a better joke to come to dinner thus unbidden than by solemn invitation.

Be seated, (29) then (replied the host). The company are fully fed on serious thoughts, you see, if somewhat starved of food for laughter.

The feast proceeded; and, if only to discharge the duty laid upon him at a dinner-party, Philippus must try at once to perpetrate a jest. Failing to stir a smile, poor fellow, he made no secret of his perturbation. Presently he tried again; and for the second time the joke fell flat. Whereat he paused abruptly in the middle of the course, and muffling up his face, fell prostrate on the couch.

Then Callias: What ails you, sirrah? Have you the cramp? the toothache? what?

To which the other heaving a deep groan: Yes, Callias, an atrocious ache; since laughter has died out among mankind, my whole estate is bankrupt. (30) In old days I would be asked to dinner to amuse the company with jests. (31) Now all is changed, and who will be at pains to ask me out to dinner any more? I might as well pretend to be immortal as to be serious. Nor will any one invite me in hopes of reclining at my board in his turn. Everyone knows so serious a thing as dinner in my house was never heard of; it's against the rules—the more's the pity.

And as he spoke he blew his nose and snuffled, uttering the while so truly dolorous a moan (32) that everybody fell to soothing him. "They would all laugh again another day," they said, and so implored him to have done and eat his dinner; till Critobulus could not stand his lamentation longer, but broke into a peal of laughter. The welcome sound sufficed. The sufferer unveiled his face, and thus addressed his inner self: (33) "Be of good cheer, my soul, there are many battles (34) yet in store for us," and so he fell to discussing the viands once again.

(32) Philippus would seem to have anticipated Mr. Woodward; see    Prologue to "She Stoops to Conquer":

Pray, would you know the reason I'm crying? The Comic Muse long sick is now a-dying! And if she goes...

Lam. 'Twas at the final charge; I'd paid before   A number of the rogues; at least a score.

Dic. It was a most expensive charge you bore:   Poor Lamachus! he was forced to pay the score.

Now the tables were removed, and in due order they had poured out the libation, and had sung the hymn. (1) To promote the revelry, there entered now a Syracusan, with a trio of assistants: the first, a flute-girl, perfect in her art; and next, a dancing-girl, skilled to perform all kinds of wonders; lastly, in the bloom of beauty, a boy, who played the harp and danced with infinite grace. This Syracusan went about exhibiting his troupe, whose wonderful performance was a source of income to him.

After the girl had played to them upon the flute, and then the boy in turn upon the harp, and both performers, as it would appear, had set the hearts of every one rejoicing, Socrates turned to Callias:

A feast, upon my word, O princeliest entertainer! (2) Was it not enough to set before your guests a faultless dinner, but you must feast our eyes and ears on sights and sounds the most delicious?

To which the host: And that reminds me, a supply of unguents might not be amiss; (3) what say you? Shall we feast on perfumes also? (4)

No, I protest (the other answered). Scents resemble clothes. One dress is beautiful on man and one on woman; and so with fragrance: what becomes the woman, ill becomes the man. Did ever man anoint himself with oil of myrrh to please his fellow? Women, and especially young women (like our two friends' brides, Niceratus' and Critobulus'), need no perfume, being but compounds themselves of fragrance. (5) No, sweeter than any perfume else to women is good olive-oil, suggestive of the training-school: (6) sweet if present, and when absent longed for. And why? Distinctions vanish with the use of perfumes. The freeman and the slave have forthwith both alike one odour. But the scents derived from toils—those toils which every free man loves (7)—need customary habit first, and time's distillery, if they are to be sweet with freedom's breath, at last. (8)