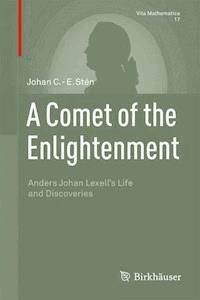 A Comet of the Enlightenment E-Book

The Finnish mathematician and astronomer Anders Johan Lexell (1740–1784) was a long-time close collaborator as well as the academic successor of Leonhard Euler at the Imperial Academy of Sciences in Saint Petersburg. Lexell was initially invited by Euler from his native town of Abo (Turku) in Finland to Saint Petersburg to assist in the mathematical processing of the astronomical data of the forthcoming transit of Venus of 1769. A few years later he became an ordinary member of the Academy. This is the first-ever full-length biography devoted to Lexell and his prolific scientific output. His rich correspondence especially from his grand tour to Germany, France and England reveals him as a lucid observer of the intellectual landscape of enlightened Europe. In the skies, a comet, a minor planet and a crater on the Moon named after Lexell also perpetuate his memory.