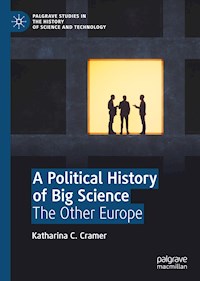 This book investigates the political history of Big Science in Europe in the late twentieth century and the early twenty-first century, characterised by the founding histories of two collaborative, single-sited facilities namely the European Synchrotron Radiation Facility (ESRF) in Grenoble, France and the European X-Ray Free-Electron Laser (European XFEL) in Schenefeld, Germany. Under the heading of the other Europe, this book presents the history and politics of European Big Science as an alternative road to (Western) European integration besides the mainstream political integration process of the European Economic Community and the European Union. It shows that Big Science has a role to play in European politics and policymaking and that the crucial and unavoidable symbiosis between science, technology and politics brings the creation of Big Science projects back to geopolitical realities.