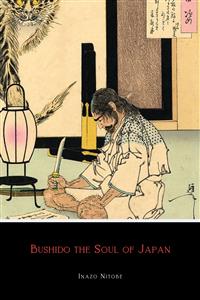 Bushido the Soul of Japan E-Book

Inazo Nitobe’s Bushido the Soul of Japan is a classic work on warrior culture. Nitobe examines the moral and ethical qualities which makes a Samurai -- such as rectitude, courage, benevolence, politeness, sincerity, honor, loyalty and self-control. Other chapters are devoted to the education and training of samurai, their weapons and Bushido as a philosophy and system of ethics. A short but powerful book, Bushido the Soul of Japan is considered essential reading for military historians and students of strategy.

This new 2018 revised edition of the standard English translation of Bushido updates some of the more archaic spelling and phraseology into modern American English. 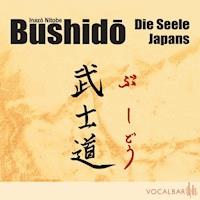 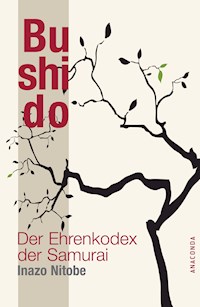 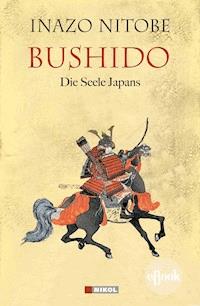 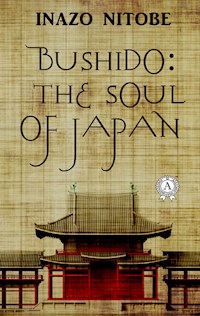 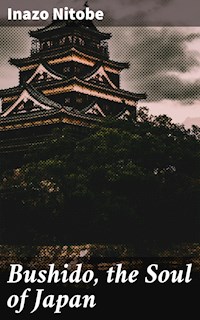 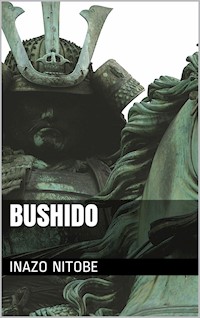 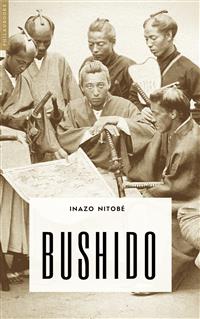 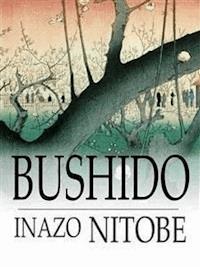 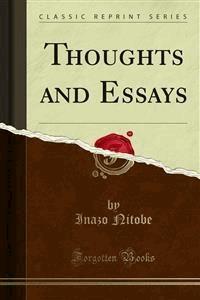 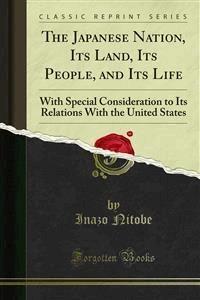 The Japanese Nation, Its Land, Its People, and Its Life
Inazo Nitobe 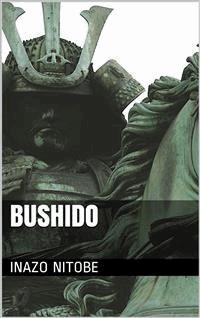 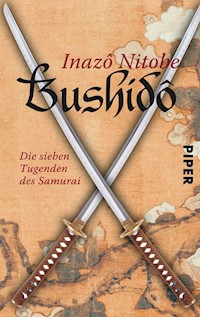 Bushido the Soul of Japan

Bushido the Soul of Japan by Inazo Nitobe. First published in 1900.

Bushido the Soul of Japan

Preface to the Tenth and Revised Edition

Bushido as an Ethical System

Courage, the Spirit of Faring and Bearing

Benevolence, the Feeling of Distress

The Duty of Loyalty

Education and Training of a Samurai

The Institutions of Suicide and Redress

The Sword the Soul of the Samurai

The Training and Position of Woman

The Influence of Bushido

The Future of Bushido

Over the mountain, which who stands upon,

Is apt to doubt if it be indeed a road;

While if he views it from the waste itself,

Up goes the line there, plain from base to brow,

Not vague, mistakable! What's a break or two

Seen from the unbroken desert either side?

And then (to bring in fresh philosophy)

What if the breaks themselves should prove at last

The most consummate of contrivances

To train a man’s eye, teach him what is faith?”

“There are, if I may so say, three powerful spirits, which have from time to time, moved on the face of the waters, and given a predominant impulse to the moral sentiments and energies of mankind. These are the spirits of liberty, of religion, and of honor.”

—HALLAM, Europe in the Middle Ages.

“Chivalry is itself the poetry of life.”

About ten years ago, while spending a few days under the hospitable roof of the distinguished Belgian jurist, the lamented M. de Laveleye, our conversation turned, during one of our rambles, to the subject of religion. “Do you mean to say,” asked the venerable professor, “that you have no religious instruction in your schools?” On my replying in the negative he suddenly halted in astonishment, and in a voice which I shall not easily forget, he repeated “No religion! How do you impart moral education?” The question stunned me at the time. I could give no ready answer, for the moral precepts I learned in my childhood days, were not given in schools; and not until I began to analyze the different elements that formed my notions of right and wrong, did I find that it was Bushido that breathed them into my nostrils.

The direct inception of this little book is due to the frequent queries put by my wife as to the reasons why such and such ideas and customs prevail in Japan.

In my attempts to give satisfactory replies to M. de Laveleye and to my wife, I found that without understanding Feudalism and Bushido,[1] the moral ideas of present Japan are a sealed volume.

[1] PRONOUNCED Boó-shee-doh'. In putting Japanese words and names into English, Hepburn’s rule is followed, that the vowels should be used as in European languages, and the consonants as in English.

TAKING ADVANTAGE OF enforced idleness on account of long illness, I put down in the order now presented to the public some of the answers given in our household conversation. They consist mainly of what I was taught and told in my youthful days, when Feudalism was still in force.

Between Lafcadio Hearn and Mrs. Hugh Fraser on one side and Sir Ernest Satow and Professor Chamberlain on the other, it is indeed discouraging to write anything Japanese in English. The only advantage I have over them is that I can assume the attitude of a personal defendant, while these distinguished writers are at best solicitors and attorneys. I have often thought,—“Had I their gift of language, I would present the cause of Japan in more eloquent terms!” But one who speaks in a borrowed tongue should be thankful if he can just make himself intelligible.

All through the discourse I have tried to illustrate whatever points I have made with parallel examples from European history and literature, believing that these will aid in bringing the subject nearer to the comprehension of foreign readers.

Should any of my allusions to religious subjects and to religious workers be thought slighting, I trust my attitude towards Christianity itself will not be questioned. It is with ecclesiastical methods and with the forms which obscure the teachings of Christ, and not with the teachings themselves, that I have little sympathy. I believe in the religion taught by Him and handed down to us in the New Testament, as well as in the law written in the heart. Further, I believe that God hath made a testament which may be called ‘old’ with every people and nation,—Gentile or Jew, Christian or Heathen. As to the rest of my theology, I need not impose upon the patience of the public.

In concluding this preface, I wish to express my thanks to my friend Anna C. Hartshorne for many valuable suggestions and for the characteristically Japanese design made by her for the cover of this book.

Preface to the Tenth and Revised Edition

Since its first publication in Philadelphia, more than six years ago, this little book has had an unexpected history. The Japanese reprint has passed through eight editions, the present thus being its tenth appearance in the English language. Simultaneously with this will be issued an American and English edition, through the publishing-house of Messrs. George H. Putnam’s Sons, of New York.

In the meantime, Bushido has been translated into Mahratti by Mr. Dev of Khandesh, into German by Fräulein Kaufmann of Hamburg, into Bohemian by Mr. Hora of Chicago, into Polish by the Society of Science and Life in Lemberg,—although this Polish edition has been censured by the Russian Government. It is now being rendered into Norwegian and into French. A Chinese translation is under contemplation. A Russian officer, now a prisoner in Japan, has a manuscript in Russian ready for the press. A part of the volume has been brought before the Hungarian public and a detailed review, almost amounting to a commentary, has been published in Japanese. Full scholarly notes for the help of younger students have been compiled by my friend Mr. H. Sakurai, to whom I also owe much for his aid in other ways.

I have been more than gratified to feel that my humble work has found sympathetic readers in widely separated circles, showing that the subject matter is of some interest to the world at large. Exceedingly flattering is the news that has reached me from official sources, that President Roosevelt has done it undeserved honor by reading it and distributing several dozens of copies among his friends.

In making emendations and additions for the present edition, I have largely confined them to concrete examples. I still continue to regret, as I indeed have never ceased to do, my inability to add a chapter on Filial Piety, which is considered one of the two wheels of the chariot of Japanese ethics—Loyalty being the other. My inability is due rather to my ignorance of the Western sentiment in regard to this particular virtue, than to ignorance of our own attitude towards it, and I cannot draw comparisons satisfying to my own mind. I hope one day to enlarge upon this and other topics at some length. All the subjects that are touched upon in these pages are capable of further amplification and discussion; but I do not now see my way clear to make this volume larger than it is.

This Preface would be incomplete and unjust, if I were to omit the debt I owe to my wife for her reading of the proof-sheets, for helpful suggestions, and, above all, for her constant encouragement.

Bushido as an Ethical System

Chivalry is a flower no less indigenous to the soil of Japan than its emblem, the cherry blossom; nor is it a dried-up specimen of an antique virtue preserved in the herbarium of our history. It is still a living object of power and beauty among us; and if it assumes no tangible shape or form, it not the less scents the moral atmosphere, and makes us aware that we are still under its potent spell. The conditions of society which brought it forth and nourished it have long disappeared; but as those far-off stars which once were and are not, still continue to shed their rays upon us, so the light of chivalry, which was a child of feudalism, still illuminates our moral path, surviving its mother institution. It is a pleasure to me to reflect upon this subject in the language of Burke, who uttered the well-known touching eulogy over the neglected bier of its European prototype.