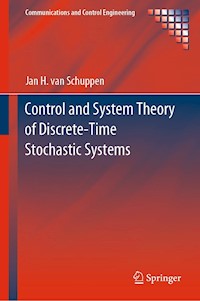 This book helps students, researchers, and practicing engineers to understand the theoretical framework of control and system theory for discrete-time stochastic systems so that they can then apply its principles to their own stochastic control systems and to the solution of control, filtering, and realization problems for such systems. Applications of the theory in the book include the control of ships, shock absorbers, traffic and communications networks, and power systems with fluctuating power flows.