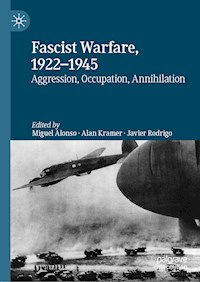 This groundbreaking book explores the interpretative potential and analytical capacity of the concept ‘fascist warfare’. Was there a specific type of war waged by fascist states? The concept encompasses not only the practice of violence at the front, but also war culture, the relationship between war and the fascist project, and the construction of the national community. Starting with the legacy of the First World War and using a transnational approach, this collection presents case studies of fascist regimes at war, spanning Nazi Germany, Fascist Italy, Francoist Spain, Croatia, and Imperial Japan. Themes include the idea of rapid warfare as a symbol of fascism, total war, the role of modern technology, the transfer of war cultures between regimes, anti-partisan warfare as a key feature, and the contingent nature and limits of fascist warfare.