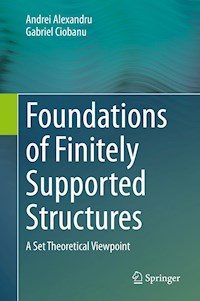 The book will be of value to researchers in the foundations of set theory, algebra and logic.