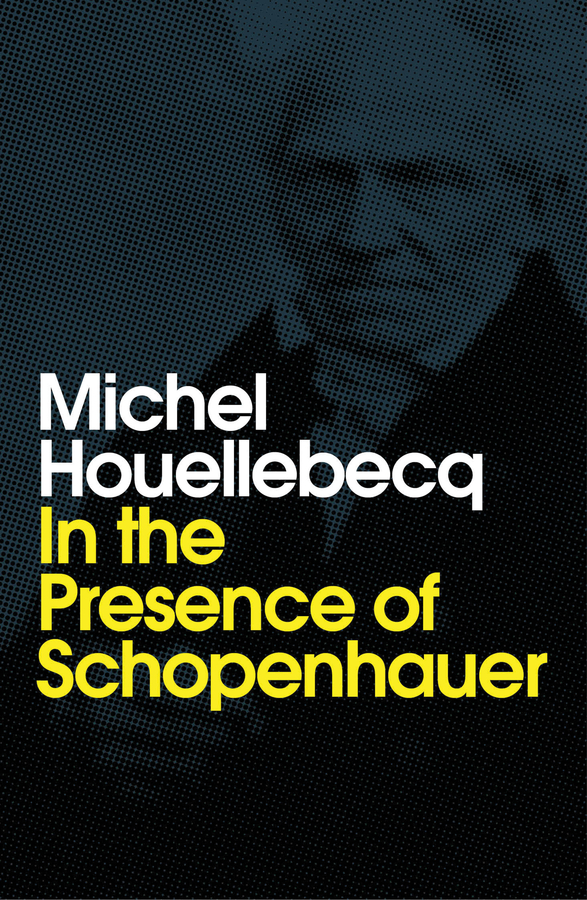 In the Presence of Schopenhauer E-Book

The work of Michel Houellebecq - one of the most widely read and controversial novelists of our time - is marked by the thought of Schopenhauer. When Houellebecq came across a copy of Schopenhauer's Aphorisms in a library in his mid-twenties, he was bowled over by it and he hunted down a copy of his major philosophical work, The World as Will and Representation. Houellebecq found in Schopenhauer - the radical pessimist, the chronicler of human suffering, the lonely misanthrope - a powerful conception of the human condition and of the future that awaits us, and when Houellebecq's first writings appeared in the early 1990s, the influence of Schopenhauer was everywhere apparent. But it was only much later, in 2005, that Houellebecq began to translate and write a commentary on Schopenhauer's work. He thought of turning it into a book but soon abandoned the idea and the text remained unpublished until 2017. Now available in English for the first time, In the Presence of Schopenhauer is the story of a remarkable encounter between a novelist and a philosopher and a testimony to the deep and enduring impact of Schopenhauer's philosophy on one of France's greatest living writers. 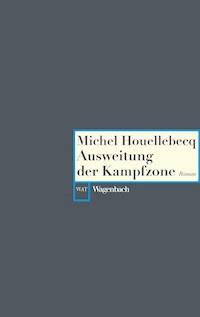 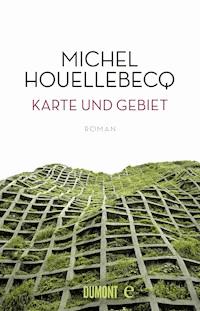 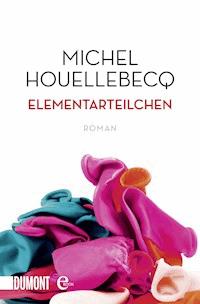 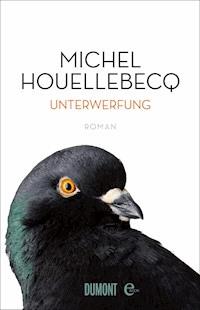 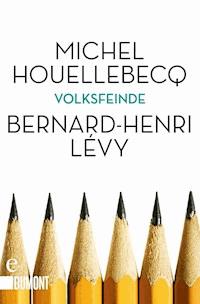 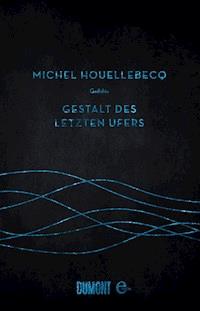 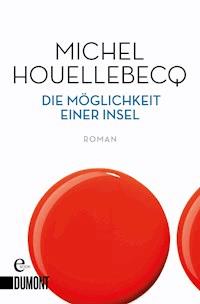 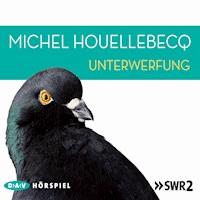 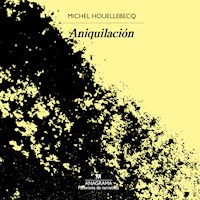 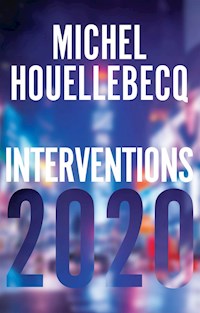 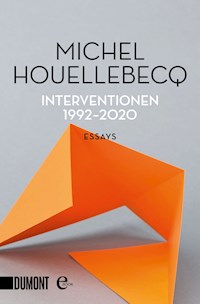 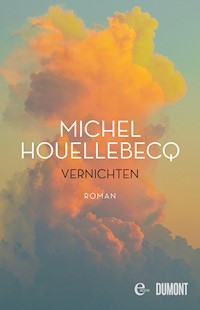 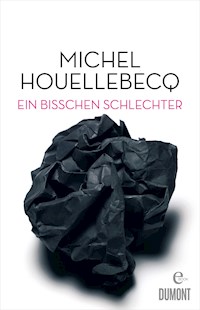 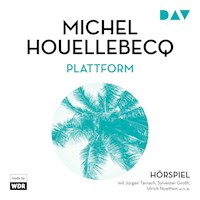 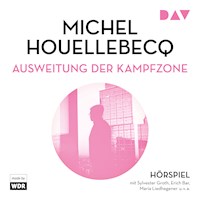 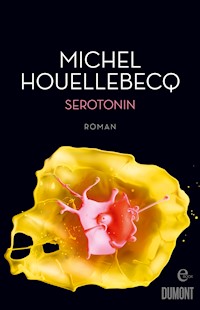 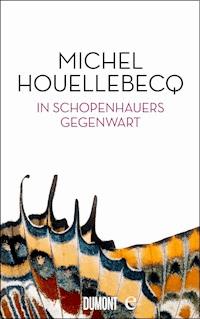 Leave childhood behind, my friend, and wake up!

Chapter 1: The world is my representation

Chapter 3: In this way the will to live objectifies itself

Chapter 4: The theatre of the world

Chapter 5: The conduct of life: what we are

Chapter 6: The conduct of life: what we have

Chapter 1: The world is my representation

In the Presence of Schopenhauer

All rights reserved. Except for the quotation of short passages for the purpose of criticism and review, no part of this publication may be reproduced, stored in a retrieval system or transmitted, in any form or by any means, electronic, mechanical, photocopying, recording or otherwise, without the prior permission of the publisher.

A catalogue record for this book is available from the British Library.

Title: In the presence of Schopenhauer / Michel Houellebecq ; preface by Agathe Novak-Lechevalier ; translated by Andrew Brown.

Description: Cambridge, UK ; Medford, MA, USA : Polity, 2020. | Summary: “An ode to Schopenhauer by one of France’s most famous living authors”-- Provided by publisher.

Printed and bound in Great Britain by TJ International Limited

The publisher has used its best endeavours to ensure that the URLs for external websites referred to in this book are correct and active at the time of going to press. However, the publisher has no responsibility for the websites and can make no guarantee that a site will remain live or that the content is or will remain appropriate.

Every effort has been made to trace all copyright holders, but if any have been overlooked the publisher will be pleased to include any necessary credits in any subsequent reprint or edition.

For further information on Polity, visit our website: politybooks.com

Preface: The history of a revolution

When, in 2005, Michel Houellebecq began this translation of and commentary on Schopenhauer’s work – an arduous and somewhat surprising enterprise for Houellebecq, and one which alone testifies to the strength of his admiration – he had just finished writing The Possibility of an Island.1 He devoted a few weeks to this new project, and initially thought of turning it into a book; then, rather quickly, he abandoned it. But he had in the meantime translated and commented on almost thirty extracts from two of the most famous works by Schopenhauer (1788–1860), The World as Will and Representation,2 and ‘Aphorisms on the Wisdom of Life’.3 The former, the philosopher’s main work, was also the work of a whole lifetime: the young Schopenhauer, who had just defended his thesis, worked intensely on it from 1814 to 1818, and a first version appeared in 1819; but he continued to add to it, and the work grew with successive editions until it became the imposing tome, often published in several volumes, which we know today. However, it was only with the publication of Parerga and Paralipomena (1851), where he brought together various essays (including the ‘Aphorisms on the Wisdom of Life’) setting out the essential points of his doctrine, that Schopenhauer finally – very late in life – found the public success he had always hoped for: ‘The comedy of my celebrity begins’, he is supposed to have said, ‘what am I to do with it now that my hair is grey?’

In the Presence of Schopenhauer, however, is not only a commentary: it is also the story of an encounter. At the age of around twenty-five or twenty-seven – which sets the scene in the first half of the 1980s – almost by chance, Houellebecq borrowed the ‘Aphorisms on the Wisdom of Life’ from a library.

At the time, I already knew Baudelaire, Dostoevsky, Lautréamont, Verlaine, almost all the Romantics; a lot of science fiction, too. I had read the Bible, Pascal’s Pensées, Clifford D. Simak’s City, Thomas Mann’s The Magic Mountain. I wrote poems; I already had the impression I was rereading, rather than really reading; I thought I had at least come to the end of one period in my discovery of literature. And then, in a few minutes, everything dramatically changed.

This was a decisive shock: the young man dashed across Paris, finally getting his hands on a copy of The World as Will and Representation which had quite suddenly become ‘the most important book in the world’; and as a result of this new reading, he says, ‘everything dramatically changed’.4

‘An author’, says François, the narrator of Submission, ‘is above all a human being, present in his books’,5 and ‘only literature can give you access to a spirit from beyond the grave – a more direct, more complete, deeper access than you’d have in conversation with a friend’.6 No doubt it is precisely this mysterious and startling sensation that Houellebecq first felt on his discovery of Schopenhauer’s work; no doubt, too, it was this encounter, so decisive for him, that he wanted to share with his readers by embarking on the writing of this text, significantly entitled In the Presence of Schopenhauer. The strength of the revelation of Schopenhauer’s work was indubitably linked to the shock of recognizing an alter ego, someone with whom you immediately realize that you are going to enjoy a long companionship. Schopenhauer, the expert in suffering, the radical pessimist, the solitary misanthrope, proved to be ‘reinvigorating’ reading for Houellebecq – you feel less lonely when there are two of you. Indeed, one wonders whether Houellebecq was Schopenhauerian before reading Schopenhauer – or was it this reading that turned him into the man we know? Was he already, fundamentally, ‘unreconciled’7 (with the world, with men, with life), or did Schopenhauer sow the seeds of conflict? Houellebecq already loved dogs better than he loved the human race – or should we recognize, here as elsewhere, the influence of Arthur Schopenhauer? Of course, it barely matters: we are here prying into the secrets of a long-term couple. What is certain, however, is that in 1991, the year when the first of Houellebecq’s works were published, Schopenhauer was everywhere: in the (devilishly Schopenhauerian) title of his essay on Lovecraft, Against the World, Against Life;8 in the very first sentence of Rester vivant (Staying Alive),9‘The world is an unfolding suffering’, which angrily recalls the Schopenhauerian axiom that ‘Suffering is essential to all life’;10 and even in these astonishing (to put it mildly) lines of verses from his first collection, La Poursuite du bonheur (The Pursuit of Happiness):

I want to think of you, Arthur Schopenhauer,

I love you and I see you in the reflection of the windows,

This encounter was almost love at first sight, then – but it also looks remarkably like a revolution. For Schopenhauer’s philosophy, which aims to develop a ‘single thought’12