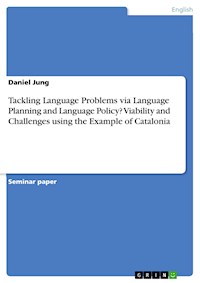 Seminar paper from the year 2019 in the subject English Language and Literature Studies - Other, grade: 1,3, University of Cologne (Englisches Seminar I), language: English, abstract: Language Planning and Language Policy (LPLP) is an established process to manage and regulate the relationships and functions of languages within one national territory and saving endangered languages that becomes more and more important in a globalized community. Due to economic developments, the migration that goes along with, cultural exchange and other recent developments, indigenous languages are more endangered than ever before. According to the Permanent Forum on Indigenous Issues of the United Nations Economic and Social Council [...] estimates suggest that more than half of the world’s languages will become extinct by 2100 [...]. At present, 96 per cent of the world’s approximately 6,700 languages are spoken by only 3 per cent of the world’s population (Source: United Nations 2016) Saving indigenous languages and managing and regulating their function within society is of utmost importance, since indigenous languages [...] are not only methods of communication but also extensive and complex systems of knowledge that have developed over millenniums. They are central to the identity of indigenous peoples, the preservation of their cultures, worldviews and visions and an expression of self-determination. Indigenous languages are critical markers of the cultural health of indigenous peoples. When indigenous languages are under threat, so too are indigenous peoples themselves (United Nations 2016) LPLP is one of the possible solutions to this problem. However, although LPLP is an established process it does pose certain problems in its implementation and may lead to cultural segregation. There are examples of successful implementations of LPLP, such as Canada’s handling of the language problems concerning the use of French in Quebec. There, facilitating the framework for the coexistence of both French and English in Canada has helped to mitigate the language problems. In a first step the concepts of Language Policy and Language Planning will be defined in order to understand its implications and the reasons and goals whichthey aim to achieve. Then a look at the different branches of LPLP will be taken before the different methods of implementation will be presented and the connected challenges and criticism before we can reach a conclusion on the viability of LPLP as a tool for tackling language problems and what has to be considered in a possible implementation scenario by the example of Catalonia. 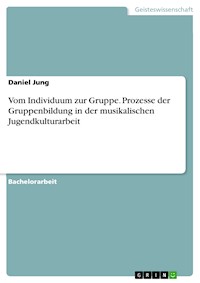 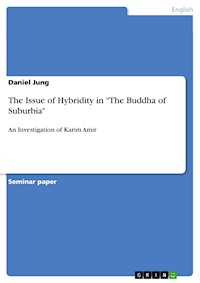 The Issue of Hybridity in "The Buddha of Suburbia"
Daniel Jung