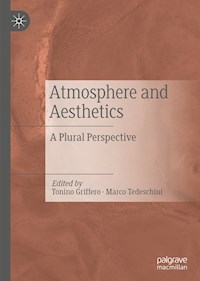 This book provides a presentation of the concept of “atmosphere” in the realm of aesthetics. An “atmosphere” is meant to be an emotional space. Such idea of “atmosphere” has been more and more subsumed by human and social sciences in the last twenty years, thereby becoming a technical notion. In many fields of the Humanities, affective life has been reassessed as a proper tool to understand the human being, and is now considered crucial. In this context, the link between atmospheres and aesthetics becomes decisive. Nowadays, aesthetics is no longer only a theory of art, but has recovered its original vocation: to be a general theory of perception conceived of as an ordinary experience of pre-logical character. In its four parts (Atmospheric turn?, Senses and Spaces, Subjects and Communities, Aesthetics and Art Theory), this volume discusses whether atmospheres could take the prominent and paradigmatic position previously held by art in order to make sense of such sensible experience of the world.