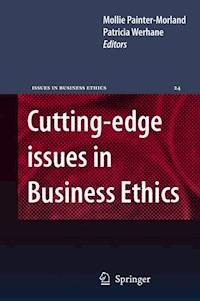 Business ethics originated in the United States as an offshoot of theoretical ethics and as part of a movement in applied ethics that was initiated with medical ethics. Although a few small religious-based colleges and universities offered courses in business ethics just after the Second World War, business ethics as an academic ?eld developed most seriously in many universities in the early 1970s. The ?eld of medical ethics was well-developed by then, and it was a natural step to think about ethical issues in business as well. There was also a public reaction to a number of corporate scandals (e.g., price ?xing, the Lockheed Japanese bribery allegations, the Goodyear airbrake scandal, etc. that encouraged universities to begin teaching the subject). Business ethics as an academic ?eld was originally developed by philosophers, most of whom had come out of the analytic or Anglo-American philosophical tra- tions and who had been trained in classical ethics, on Aristotle, Kant, Mill, Bentham and perhaps Dewey. The resulting ?eld then, has been dominated by this thinking. Although to date there are over 50 textbooks in business ethics, most textbooks in business ethics do not take into account contemporary continental philosophy. Although Marxism is sometimes taught in these courses, other more contemporary continental thinkers who could contribute substantially to the ?eld have been - nored. This phenomenon is iterated in the professional journals and in theoretical books on the topic.