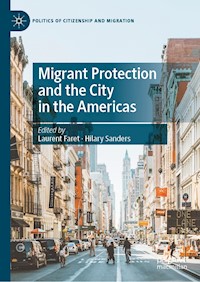 Migrant Protection and the City in the Americas E-Book

This book aims to establish a dialogue around the various “urban sanctuary” policies and other formal or informal practices of hospitality toward migrants that have emerged or been strengthened in cities in the Americas in the last decade. The authors articulate local governance initiatives in migrant protection with a larger range of social and political actors and places them within a broader context of migrations in the Western Hemisphere (including case studies of Toronto, New York, Austin, Mexico City, and Lima, among others). The book analyzes in particular the limits of local efforts to protect migrants and to identify the latitude of action at the disposal of local actors. It examines the efforts of municipal governments and also considers the role taken by cities from a larger perspective, including the actions of immigrant rights associations, churches, NGOs, and other actors in protecting vulnerable migrants.