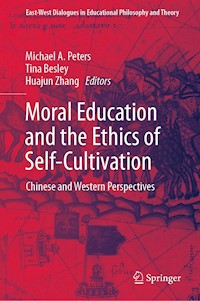 Moral Education and the Ethics of Self-Cultivation E-Book

Educational philosophies of self-cultivation as the cultural foundation and philosophical ethos for education have strong and historically effective traditions stretching back to antiquity in the classical ‘cradle’ civilizations of China and East Asia, India and Pakistan, Greece and Anatolia, focused on the cultural traditions in Confucianism, Taoism, and Buddhism in the East and Hellenistic philosophy in the West. This volume in East-West dialogues in philosophy of education examines both Confucian and Western classical traditions revealing that although each provides its own distinct figure of the virtuous person, they are remarkably similar in their conception and emphasis on moral self-cultivation as a practical answer to how humans become virtuous. The collection also examines self-cultivation in Japanese traditions and also the nature of Michel Foucault’s work in relation to ethical and aesthetic ideals of Hellenistic self-cultivation.