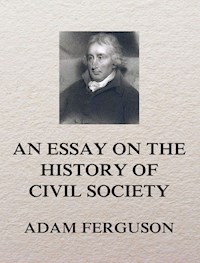 An Essay on the History of Civil Society E-Book

Adam Ferguson was a Scottish philosopher and historian of the Scottish Enlightenment. "An Essay on the History of Civil Society", written under the influence of Montesquieu's "Esprit des Lois", is an attempt to classify nations according to their salient characteristics, and to trace the conditions of their advance or decline. The first part is occupied with the general characteristics of human nature. Setting aside, as unprofitable, hypotheses as to the emergence of man from the condition of the lower animals, or from a state of warfare waged by every man against every other, Ferguson treats man as from the first a social being. The condition of the savage, as of the citizen, is a stage through which this travelling being has been destined to pass. The standard of his conduct must be looked for in the best conceptions of his understanding and the best movements of his heart, disclosing the perfection of which he is capable. Among the principles of human nature, Ferguson mentions, first, dispositions which tend to self-preservation. Here he points out, in the spirit of Butler, that, so far from all desires being summed up in a consideration for personal interest, an enlightened self-regard frequently imposes a restraint on desires which may urge men to act in opposition to their known interest. 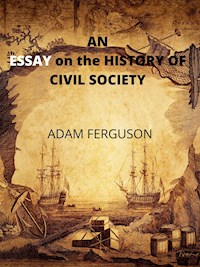 An Essay On The History Of Civil Society
Adam Ferguson 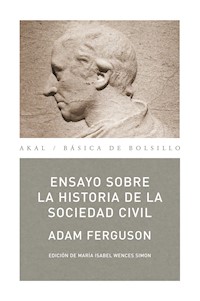