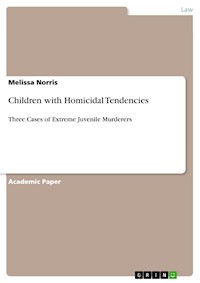 Academic Paper from the year 2021 in the subject Law - Criminal process, Criminology, Law Enforcement, grade: Undergrads, , language: English, abstract: Juvenile homicidal behavior seems to have become increasingly frequent in the United States in recent years. In this paper, I will discuss the cases of Mary Bell, Brenda Spencer, and Barry Loukaitis and explore what conditions existed that may have caused them to commit those acts which might shed some light on why these other children may be becoming extreme killers. In 1979 Brenda Spencer opened fire on an elementary school across the street from her home in San Carlos, California, a suburb of San Diego, killing two people and wounding other small children starting a trend that is cause for concern for sociologists, psychologists , and criminal justice professionals. In 1996 Barry Loukaitis shot and killed three people and took hostages until subdued by the school’s wrestling coach. In 1997 three school shootings took place. In subsequent years, there have been a total of over forty school shootings. Mass homicide is not the only way in which children murder children. In 1968 an English child, Mary Bell killed two smaller children from her neighborhood. 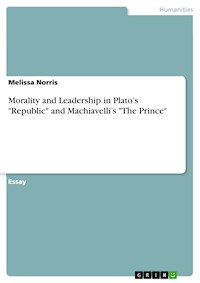