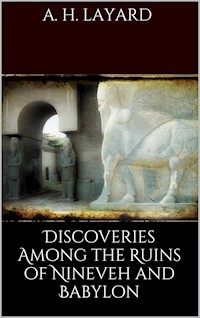 Discoveries among the Ruins of Nineveh and Babylon E-Book

Since the publication of my first work on the discoveries at Nineveh much progress has been made in deciphering the cuneiform character, and the contents of many highly interesting and important inscriptions have been given to the public. Doubts appear to be still entertained by many eminent critics as to the progress actually made in deciphering the cuneiform writing. These doubts may have been confirmed by too hasty theories and conclusions, which, on subsequent investigation, their authors have been the first to withdraw. But the unbiased inquirer can scarcely now reject the evidence which can be brought forward to confirm the general accuracy of the interpretations of the inscriptions. Had they rested upon a single word, or an isolated paragraph, their soundness might reasonably have been questioned; when, however, several independent investigators have arrived at the same results, and have not only detected numerous names of persons, nations, and cities in historical and geographical series, but have found them mentioned in proper connection with events recorded by sacred and profane writers, scarcely any stronger evidence could be desired. The reader, I would fain hope, will come to this conclusion when I treat of the contents of the various records discovered in the Assyrian palaces. 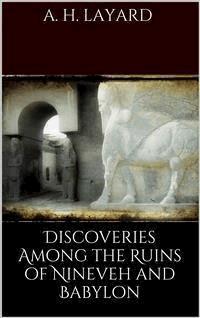 Discoveries among the Ruins of Nineveh and Babylon
Austen H. Layard