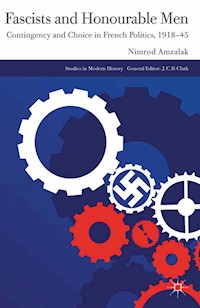 Was France fascist in the interwar period? This comprehensive historical, political and sociological account follows the rise of engineers and political "non-conformists" in the first half of the twentieth century, examining the French technocracy's relationship with the rise of fascism in France and later the establishment of the Fourth Republic.