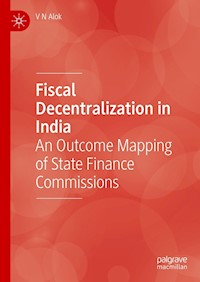 This book presents an in-depth analysis of key recommendations of the consecutive state finance commissions (SFCs) across states of India in the local and national perspective. It reviews the working of SFCs and their critical role in strengthening local governments, both Panchayats and municipalities in the various states. The volume attempts to identify some of the emerging issues related to the efficacy of SFC in fiscal decentralization. It appraises nearly eighty SFC reports and actions taken thereon by the respective State Governments with contextual analysis.