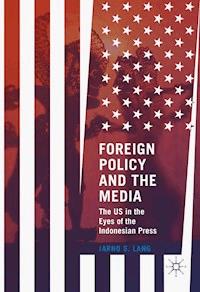 This book analyzes the response of the Indonesian press to American foreign policy during the administrations of Presidents Bush and Obama. Situated in Southeast Asia, Indonesia is the world’s fourth most populous country and the largest Muslim nation, and as such is a potentially vital economic and strategic partner to the US in the 21st century. Ever since Indonesian independence post World War II, relations to the US have been marked by ups and downs. The author argues that the way the Indonesian public perceives the world has an impact on the national self-image that again heavily influences national foreign affairs. For both the US and Indonesia, this is a crucial moment in bilateral relations. This study explores Indonesian media responses to American foreign policy by analyzing more than 400 press articles. In the context of President Obama’s declared “pivot to Asia”, both countries need to find a way to foster better relations.