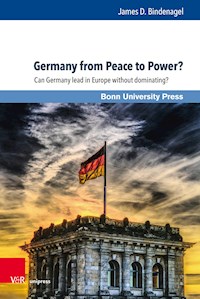 Germany from Peace to Power? E-Book

A surge of political trends and upheavals all over the world confronts German foreign policy with a world that is dramatically different from Berlin Republic unification in 1990. Brexit, American de-commitment to Europe and the rise of isolationist, populist forces within Germany as well as in other European countries and the U.S. have undermined the foundations of Germany’s foreign policy. Germany is suddenly faced with another historical shift that is starting to shake the bedrock of its foreign policy. A council of experts for strategic foresight can address Germany’s strategic cultural deficit, its civilian power fixation, its resorts principle of ministerial independence, and its coalition governance conflicts.