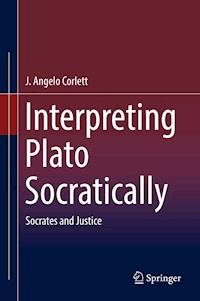 J. Angelo Corlett’s new book, Interpreting Plato Socratically continues the critical discussion of the Platonic Question where Corlett’s book, Interpreting Plato’s Dialogues concluded. New arguments in favor of the Mouthpiece Interpretation of Plato’s works are considered and shown to be fallacious, as are new objections to some competing approaches to Plato’s works.
The Platonic Question is the problem of how to approach and interpret Plato’s writings most of which are dialogues. How, if at all, can Plato’s beliefs, doctrines, theories and such be extracted from dialogues where there is no direct indication from Plato that his own views are even to be found therein? Most philosophers of Plato attempt to decipher from Plato’s texts seemingly all manner of ideas expressed by Socrates which they then attribute to Plato. They seek to ascribe to Plato particular views about justice, art, love, virtue, knowledge, and the like because, they believe, Socrates is Plato’s mouthpiece through the dialogues. But is such an approach justified? What are the arguments in favor of such an approach? Is there a viable alternative approach to Plato’s dialogues?
In this rigorous account of the dominant approach to Plato’s dialogues, there is no room left for reasonable doubt about the problematic reasons given for the notion that Plato’s dialogues reveal either Plato’s or Socrates’ beliefs, doctrines or theories about substantive philosophical matters.
Corlett’s approach to Plato’s dialogues is applied to a variety of passages throughout Plato’s works on a wide range of topics concerning justice. In-depth discussions of themes such as legal obligation, punishment and compensatory justice are clarified and with some surprising results. Plato’s works serve as a rich source of philosophical thinking about such matters.

A central question in today’s Platonic studies is whether Socrates, or any other protagonist in the dialogues, presents views that the author wanted to assert or defend. Professor Corlett offers a detailed defense of his view that the role of Socrates is to raise questions rather than to provide the author’s answers to them. This defense is timely as intellectual historians consider the part played by Academic scholars centuries after Plato in systematizing Platonism.
J. J. Mulhern, University of Pennsylvania 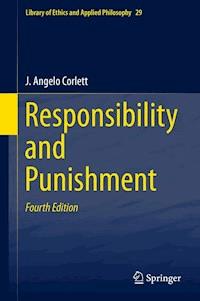