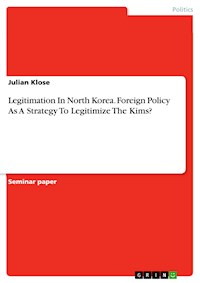 Legitimation In North Korea. Foreign Policy As A Strategy To Legitimize The Kims? E-Book

Seminar paper from the year 2020 in the subject Politics - International Politics - Region: South Asia, grade: 1,3, University of Heidelberg, language: English, abstract: This paper addresses a theoretical and an empirical question. First, the paper argues that general theories of comparative analysis of political systems can indeed be used to study the "special case" of North Korea. This addresses the question of how to conduct research on the "hermit kingdom". By using an established framework deductively, the paper proposes a way to conduct research on North Korea amid a lack of reliable data. North Korea is thereby seen as an extreme case of an autocracy in order that however, enables researchers to observe special structural features more explicitly than in autocracies. The implicit argument here is that North Korea is comparable to other autocracies and only varies in the strength of certain characteristics such as regime type or internal dynamics. Second, the paper investigates empirically whether autocracies use foreign policy for internal legitimation and if so, what strategies are they pursuing? This paper argues that autocrats can basically use four strategies to use foreign policy as a source of legitimation. Making use of a framework developed by Kneuer the case of North Korea is examined to illustrate the argument. A within-case analysis is used to investigate the extent to which each of the three Kims used foreign policy as a means of generating legitimation. The results suggest that all three used similar strategies but depending on their respective legitimation deficits. Overall, it is advocated to take a closer look at the influence of foreign policy on domestic dynamics. This has so far been largely neglected. This becomes particularly evident when it comes to the question of the possibilities for North Korean denuclearization. Viewed as a domestic legitimation measures, it becomes more questionable whether North Korea will abandon its weapons anytime soon. 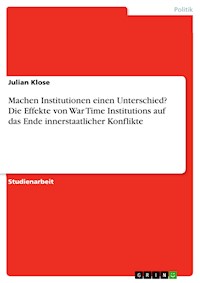 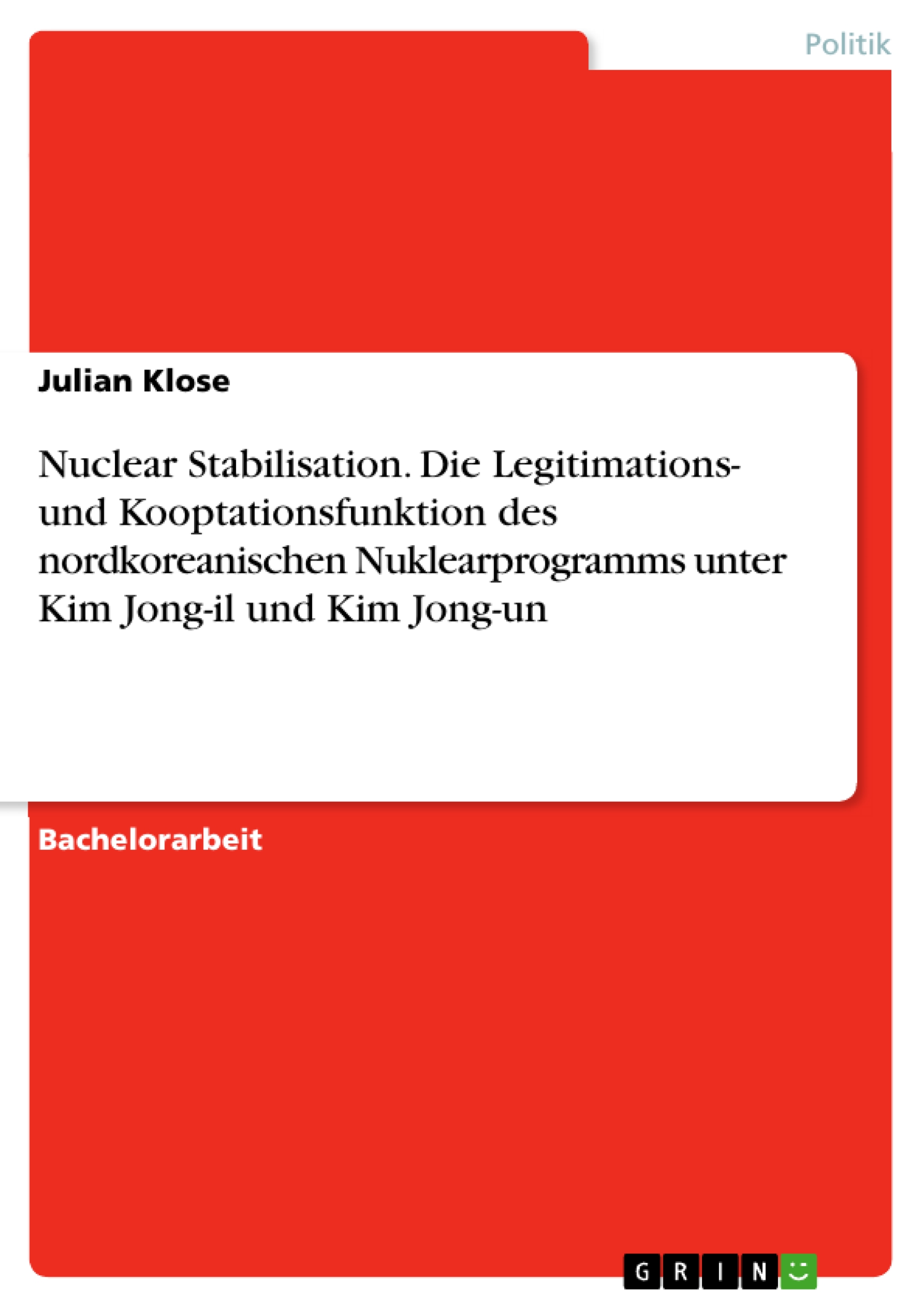 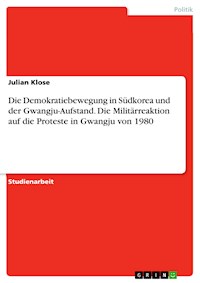 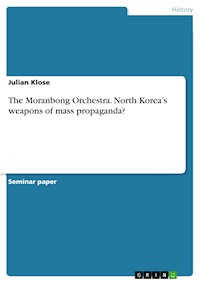