In today's increasingly globalized environment, many economic fundamentals need to be reconsidered in order to regain stability in the global marketplace. One such consideration is the failing dynamics of the international tax infrastructure. Neoliberalism 2.0 brings a 21st century assessment of the Pigovian taxes, considering a completely new calibration of the international tax systems, inspired by the historically developed Pigovian tax model. The book considers the impact neoliberalism had and will have on regulatory infrastructure, democracy in an era of globalization and reduced legitimation of the national state. The Pigovian model brings home the often forgotten relationship between taxation (as a part of the regulatory sphere), macro-economics, and the political-philosophical context in which law and economics emerge. The model also takes into account the phenomena of globalization and financialization and is tested using the financial sector as an example. This book addresses the many challenges a Pigovian shift would imply for the sovereign and its national economies. Neoliberalism 2.0 demonstrates the ability to design a paradigm-changing alternative to the current tax infrastructure, while taking into account a low economic growth environment of the future, the implications of globalization and the changing relationship between citizens and their state. 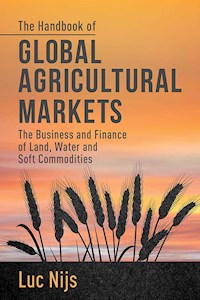