Essay from the year 2014 in the subject Law - Philosophy, History and Sociology of Law, grade: A, University of Birmingham, language: English, abstract: The continuous reduction of legal aid funding has raised question whether the UK is denying its citizen’s access to justice and missing its rule of welfare state. It had been put into practice since the second half of the twentieth century, where the indigenous people, unable to afford the cost of access to justice, were granted legal aid funding with public money. Access to justice is no more prioritised like education, healthcare, and social security to utilise taxpayer’s money, while legal advice cost of barristers and solicitors has accelerated at a higher rate. Although equal opportunity and human rights are the two major focal points of English Legal System, austerity caused by economic downturn made it difficult to balance the spending of public money for common necessities of the society and curtailed legal aid. Thus, access to justice is far away from essential needs, and just a luxury for the poor people, which may bring lawlessness in the society. 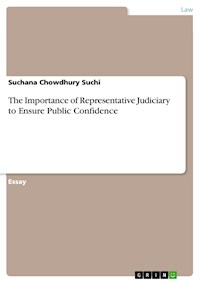 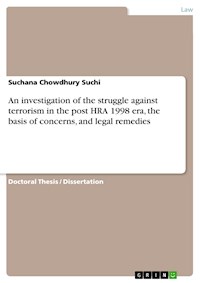 An investigation of the struggle against terrorism in the post HRA 1998 era, the basis of concerns, and legal remedies
Suchana Chowdhury Suchi