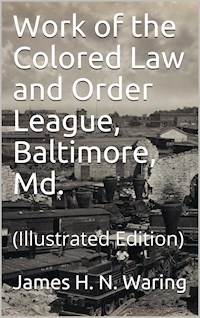 THE Atlanta riot had sent a thrill of horror throughout the country, and colored people generally, whenever they met, were eagerly and anxiously discussing it, not only because of the desolation it left behind it, and the misery and suffering it had entailed to the families of the victims, but because as they discussed it they saw in their own neighborhoods more or less of the causes which led to that unfortunate affair.

With the colored people here in Baltimore it was for a long time a common topic of conversation. True, Baltimore had no incendiary press to inflame the passions of the poor whites of the city, nor had she a class of hysterical women to take fright at the sudden appearance of a black face, nor was there here that loose attitude toward law and order which permits the disorderly elements of the population to disregard and defy the authorities in their enforcement of the laws of the city and State. But there were sections of the city, where the colored people in large numbers reside, infested with saloons kept principally by white men of the lowest type; there were dens of vice in too large numbers scattered throughout the city—all of which were exercising a demoralizing effect upon the colored youth and furnishing schools of crime for colored children. These places appeared to have a quasi-police protection, and as it appeared later, in the testimony before the Liquor License Board, at least one policeman regarded the saloons about which there had been complaint from the best citizens of the town, white and black, as “less troublesome than the colored churches in the neighborhood.”