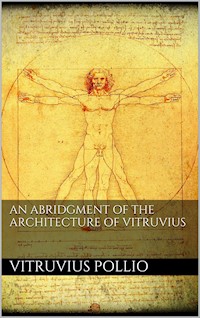 An Abridgment of the Architecture of Vitruvius E-Book

IT's related by Historians, That Men, who in former times inhabited Woods and Caverns like wild Beasts, first assembled themselves to make Houses and Cities, which was occasioned by a Forest that was set on fire, which drew all the Inhabitants together by its novelty and surprizing effects; so that many Men meeting together in the same place, they found out means, by helping one another, to harbour themselves more conveniently, than in Caves and under Trees; so that it is pretended, that Architecture was the Beginning and Original of all other Arts. For Men seeing that they had success in Building, which necessity made them invent, they had the Thoughts and Courage of seeking out other Arts, and applying themselves to them. 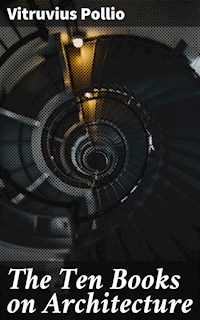 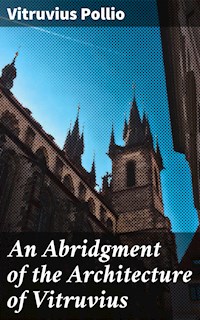 An Abridgment of the Architecture of Vitruvius
Pollio Vitruvius 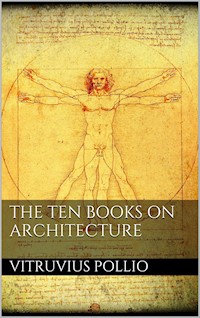 An Abridgment of the Architecture of Vitruvius

An Abridgment of the Architecture of Vitruvius

Of the Solidity of Buildings.ARTICLE I.Of the Choice of Materials.
HE Materials of whichVitruviusspeaks are, Stone, Brick, Wood, Lime, and Sand.
All the Stones are not of one sort, for some are soft, some harder, and some extreamly hard.Those that are not hard are easily cut, and are good for the Inner Parts of the Buildings, where they are cover'd from Rain and Frost which brings them to Powder, and if they be made use of in Buildings near the Sea, the Salt Particles of the Air and Heat destroys them.Those that are indifferently hard, are fit to bear Weight; but there are some sorts of them, that easily crack with the heat of the Fire.There is likewise another sort of Stone, which is a kind of Free-Stone; some are Red, some Black, and some White, which are as easily cut with a Saw as Wood.The best Bricks are those which are only dry'd and not baked in the Fire; but there are many Years required to dry them well: and for this Reason, atUtica, a City ofAfrica, they made a Law, That none should make use of Bricks which had not been made five Years: For these sort of Bricks, so dry'd, had their Pores so close in their Superficies, that they would swim upon Water like a Pumice-Stone; and they had a particular Lightness, which made them very fit for all sorts of Buildings.The Earth of which these Bricks were usually made was very Fat, and a sort of White Chalky Clay without Gravel or Sand, which made them Lighter and more Durable; they mixed Straw with them to make them better bound and firmer.The Woods which were made use of in all Buildings, are Oak, Poplar, Beech, Elm, Cypress, Firr; but some of them are not so proper for Building as others.