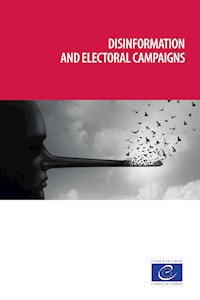 Fighting back against fake news – how does it interfere in democratic processes, particulary elections? Since summer 2016, “fake news” has denoted the deliberate, viral spreading of false information on the internet and social media with the intention, for example, of discrediting a political party, tarnishing someone’s reputation or casting doubt on scientific truth. This practice, which hinders citizens in making informed decisions, has become very widespread. Its impact is especially significant not only because of how quickly fake news spreads, but also because identifying the authors of such campaigns and digital material is very difficult. This report attempts to provide responses to issues raised by this phenomenon, in particular during electoral campaigns, and offer proposals to shape a legal framework at European level. 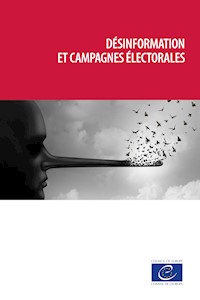 1. The Cambridge Dictionary defines fake news as “false stories that appear to be news, spread on the internet or using other media, usually created to influence political views or as a joke”.

2. Since the summer of 2016, fake news has denoted the deliberate viral spreading of false news on the internet and social media.1 It includes fabricated content, manipulated content, imposter content, misleading content, false context or connection, satire and parody. It has therefore taken a variety of meanings. The Guardian was the first newspaper to mention the small city of Veles in Macedonia where it originated. Veles was the place where political websites used clickbait – which is used to encourage visitors to click on a link to a particular web page – to make money from Trumpmania during the American electoral campaign in 2016. More than 100 sites posting fake news were run by teenagers in this town. An investigation led by the American website Buzzfeed on 3 November 2016, some days before the US presidential election, explains the success of the phenomenon: “The best way to generate buzz is to share political publishing on Facebook with sensationalist and often wrong content, which may please Trump supporters”.2

3. This way of working leads to the distinction between misinformation, disinformation and propaganda, precisely described by the American researcher Renee DiResta, Head of Policy at Data for Democracy.3 Misinformation refers to incorrect or wrong information delivered by journalists without any malicious intention. Disinformation is a deliberate attempt to make people believe things which are not accurate. Disinformation involves fabricated information blended with facts and practices that go well beyond anything resembling news, to include automated accounts used for networks of fake followers, manipulated videos or targeted advertising.4 This technique is spread by one group to target another group and mislead readers.

4. In this hierarchy of different ways of communication, propaganda denotes information with a specific agenda which is spread by a government, co-operatives or people. In November 2017, the British Prime Minister stated that planting fake news was a way to “weaponise information”.5 All these different channels are often lumped together under the banner of fake news, but means and intentions differ from one type of information to another. From a social point of view, fake news contributes to forming communities of people who have access to the same opinions, and share the same ideology and the same conspiracy theories.6

5. Fake news may take several forms: it may consist of statements, the expression of opinion without any evidence, or hate speech against social groups or minorities. Even if the initiative behind such manipulation of public opinion is private in origin, some governments attempt to control social media to shape public opinion and to counter opposition and criticism.

6. Over the past few years, this practice, which hampers citizens from making informed decisions, has become more widespread. The impact of this phenomenon is especially significant because its diffusion is extremely quick and the identification of the authors of such campaigns and digital material is very difficult.

The impact of social media –In 2016, active Facebook users amounted to 2 billion per month and Twitter had 400 million users. There are about 1.8 billion monthly users of YouTube. In its Digital News Report 2018, the Reuters Institute for the Study of Journalism considers Facebook to be by far the most important network for finding, reading, watching and sharing news, even if its usage fell from 42 % in 2016 to 36 % in 2018. In the US, 62 % of adults obtain news from social media.7 For every age group under 45, online news is more important than TV news.

The methods and their speed – Facebook has created a targeting paradigm enabling political parties during electoral campaigns to access more than 162 million US users and to target them individually by age, gender, congressional district and interests.8 It has been stressed that digital media uses an algorithm process to target both customers and voters. Bot accounts are used to influence political discourse. They tweet and retweet with likes and followers to reach a large audience, but these likes and followers are often artificial. Moreover, a recent study by the Massachusetts Institute of Technology showed that false news spreads quicker than real news. According to this study, false news stories are 70 % more likely to be retweeted than true stories, and it takes true stories about six times as long to reach 1500 people as it does for false stories to reach the same number of people.9

The costs –This has become cheaper and is based on a short-term strategy which does not care to build a reputation for quality. To finance propaganda on social networks, you just need 40000 euros; 5000 euros is enough to buy a hate speech initiative and with 2600 euros you can buy 300000 followers on Twitter.10 False and harmful information is produced for profit. In this manner, a marriage was forged between digital companies and media businesses for several years, and political campaigns have combined voters’profiles with commercial information from data brokers. This development has favoured the growth of data-driven political marketing and may have significant effects on society, fair elections and democracy.

8. This trend raises a number of questions. Is fake news so different from false information that was used in the past, for instance during the Cold War by both superpowers? Do social media change practices which are traditionally enforced during electoral campaigns? Has fake news had a real impact on the outcome of elections? Should we view these practices as inevitable side effects of a technological shift, also because they are difficult to regulate? Should the response to this phenomenon rely on a self-regulatory approach or does it require strict rules – especially if a self-regulatory approach reveals itself to be ineffective, in particular when these practices are carried out outside the territory where elections take place? Does such a regulatory approach comply with the principle of freedom of expression? What kinds of legal tools have been introduced in different member states of the Council of Europe or in other countries to counter fake news? What lessons can be drawn from these experiences? How is the protection of the privacy of citizens guaranteed? Should legal action be taken at international level, given the numerous cases of destabilisation of election campaigns recently recorded in various countries? Besides a possible regulatory framework, how can public awareness be enhanced about the authenticity of information and the need for fact-checking, in addition to encouraging more discerning editorial judgment in media outlets?

9. This report attempts to answer these questions and offer proposals for shaping a legal framework at the level of the Council of Europe.

5 Buchan L. "Theresa May warns Russia over election meddling and vows to protect the UK", The Independent, 13 November 2017.

1. General overview of the situation

10. The fake news issue may be considered from both technical and political perspectives.

11. To provide an awareness of the importance of technical issues in this context, we should remind ourselves of the various techniques that can be used in social media.

12. Studies show that more people are discovering news through algorithms (search, social and other aggregates)1 than through editors and those algorithms are exposing most users to a greater range of online sources. Algorithms are not neutral. They have been conceived with maximum accuracy precisely to choose, sort, classify, rank, filter, target and order the available information or breaking news. They are a way of organising information on a large scale by enhancing certain aspects of it. Computational algorithms have recourse to machine learning to produce an output. Machine learning algorithms are used as generalisers, providing them with data from which they will be able to learn. The algorithm makes its own decisions regarding the operations to be performed to accomplish the task in question. This technique makes it possible to carry out much more complex tasks than a conventional algorithm. Andrew Ng, of Stanford University, defines machine learning as follows: “the science of getting computers to act without being explicitly programmed”. This encompasses the design, analysis, development and implementation of methods enabling a machine to operate via a systematic process, and to accomplish difficult tasks.

A real business model relying on monetised data collection and supervision of individual online behaviour has been developed.2