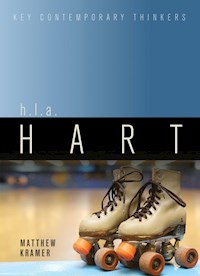 H.L.A. Hart is among the most important philosophers of the twentieth century, with an especially great influence on the philosophy of law. His 1961 book The Concept of Law has become an enduring classic of legal philosophy, and has also left a significant imprint on moral and political philosophy. In this volume, leading contemporary legal and political philosopher Matthew H. Kramer provides a crystal-clear analysis of Hart's contributions to our understanding of the nature of law. He elucidates and scrutinizes every major aspect of Hart's jurisprudential thinking, ranging from his general methodology to his defense of legal positivism. He shows how Hart's achievement in The Concept of Law, despite the evolution of debates in subsequent decades, remains central to contemporary legal philosophy because it lends itself to being reinterpreted in light of new concerns and interests. Kramer therefore pays particular attention to the strength of Hart's insights in the context of present-day disputes among philosophers over the reality of normative entities and properties and over the semantics of normative statements. This book is an invaluable guide to Hart's thought for students and scholars of legal philosophy and jurisprudence, as well as moral and political philosophy.