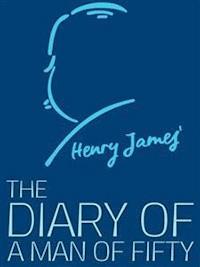 The Diary of a Man of Fifty E-Book

Returning to Florence after 25 years of military service, a man finds himself haunted by memories of a thwarted love affair that took place on the banks of the Arno during his youth. On inquiring after the erstwhile object of his affections, he encounters a young man in amorous pursuit of her daughter. Eager to spare his young friend the sorrow that has marred his own life, the man finds himself deliberating the morality of recounting his own story. This heartbreaking tale touches on themes that were to dominate Henry James's later fiction, including the suggestibility of youth and the dubious morality of influence. With characteristic psychological insight and a youthful fluency of expression, even in his early work James demonstrates himself a master of the art of fiction. James, OM, son of theologian Henry James Sr., brother of the philosopher and psychologist William James and diarist Alice James, was an American-born author, one of the founders and leaders of a school of realism in fiction. He spent much of his life in England and became a British subject shortly before his death. He is primarily known for a series of major novels in which he portrayed the encounter of America with Europe. His plots centered on personal relationships, the proper exercise of power in such relationships, and other moral questions. His method of writing from the point of view of a character within a tale allowed him to explore the phenomena of consciousness and perception, and his style in later works has been compared to impressionist painting. 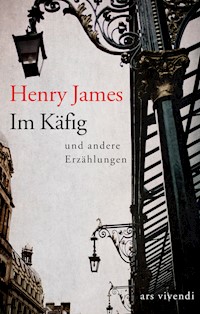 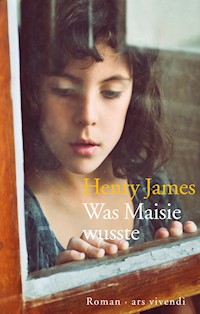 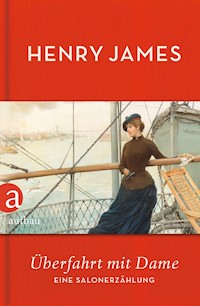 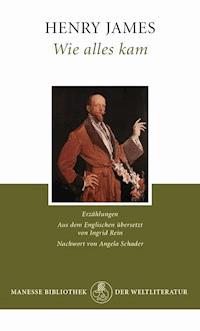 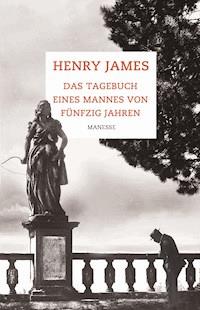 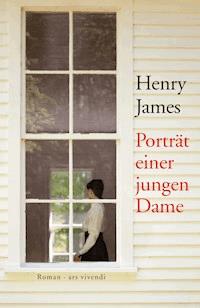 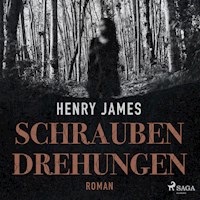 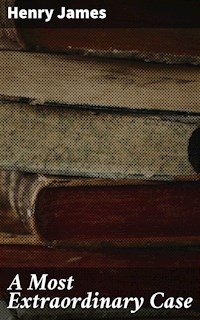 A Most Extraordinary Case
Henry James 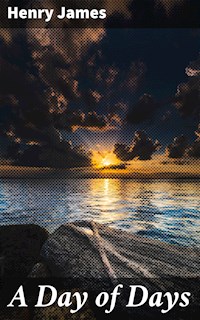 A Day of Days
Henry James 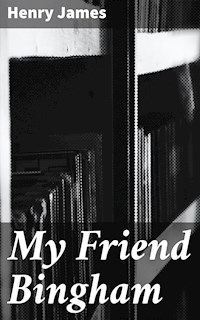 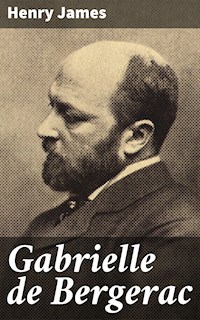 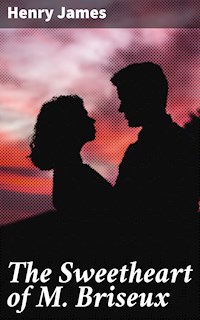 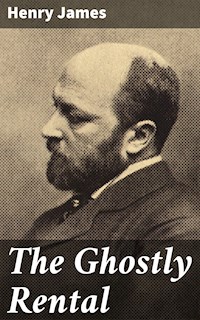 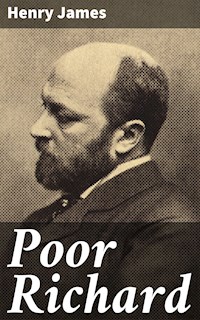 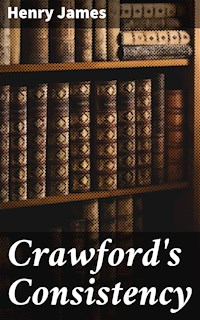 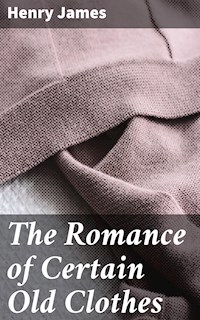 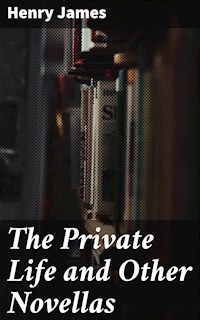 The Private Life and Other Novellas
Henry James 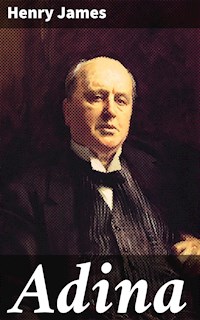 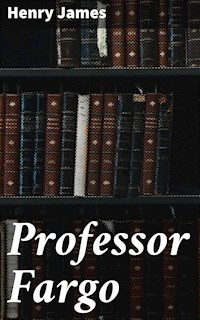 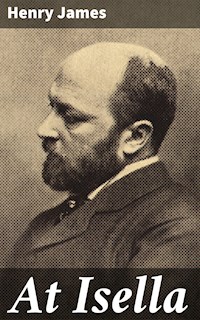 THE DIARY OF A MAN OF FIFTY

Thank you for reading. In the event that you appreciate this book, please consider sharing the good word(s) by leaving a review, or connect with the author.

This book is a work of fiction; its contents are wholly imagined.

FLORENCE, APRIL 5TH, 1874.—THEY TOLD ME I should find Italy greatly changed; and in seven-and-twenty years there is room for changes. But to me everything is so perfectly the same that I seem to be living my youth over again; all the forgotten impressions of that enchanting time come back to me. At the moment they were powerful enough; but they afterwards faded away. What in the world became of them? Whatever becomes of such things, in the long intervals of consciousness? Where do they hide themselves away? in what unvisited cupboards and crannies of our being do they preserve themselves? They are like the lines of a letter written in sympathetic ink; hold the letter to the fire for a while and the grateful warmth brings out the invisible words. It is the warmth of this yellow sun of Florence that has been restoring the text of my own young romance; the thing has been lying before me today as a clear, fresh page. There have been moments during the last ten years when I have fell so portentously old, so fagged and finished, that I should have taken as a very bad joke any intimation that this present sense of juvenility was still in store for me. It won’t last, at any rate; so I had better make the best of it. But I confess it surprises me. I have led too serious a life; but that perhaps, after all, preserves one’s youth. At all events, I have travelled too far, I have worked too hard, I have lived in brutal climates and associated with tiresome people. When a man has reached his fifty-second year without being, materially, the worse for wear—when he has fair health, a fair fortune, a tidy conscience and a complete exemption from embarrassing relatives—I suppose he is bound, in delicacy, to write himself happy. But I confess I shirk this obligation. I have not been miserable; I won’t go so far as to say that—or at least as to write it. But happiness—positive happiness—would have been something different. I don’t know that it would have been better, by all measurements—that it would have left me better off at the present time. But it certainly would have made this difference—that I should not have been reduced, in pursuit of pleasant images, to disinter a buried episode of more than a quarter of a century ago. I should have found entertainment more—what shall I call it?—more contemporaneous. I should have had a wife and children, and I should not be in the way of making, as the French say, infidelities to the present. Of course it’s a great gain to have had an escape, not to have committed an act of thumping folly; and I suppose that, whatever serious step one might have taken at twenty-five, after a struggle, and with a violent effort, and however one’s conduct might appear to be justified by events, there would always remain a certain element of regret; a certain sense of loss lurking in the sense of gain; a tendency to wonder, rather wishfully, what might have been. What might have been, in this case, would, without doubt, have been very sad, and what has been has been very cheerful and comfortable; but there are nevertheless two or three questions I might ask myself. Why, for instance, have I never married—why have I never been able to care for any woman as I cared for that one? Ah, why are the mountains blue and why is the sunshine warm? Happiness mitigated by impertinent conjectures—that’s about my ticket.

6th.—I knew it wouldn’t last; it’s already passing away. But I have spent a delightful day; I have been strolling all over the place. Everything reminds me of something else, and yet of itself at the same time; my imagination makes a great circuit and comes back to the starting-point. There is that well-remembered odour of spring in the air, and the flowers, as they used to be, are gathered into great sheaves and stacks, all along the rugged base of the Strozzi Palace. I wandered for an hour in the Boboli Gardens; we went there several times together. I remember all those days individually; they seem to me as yesterday. I found the corner where she always chose to sit—the bench of sun-warmed marble, in front of the screen of ilex, with that exuberant statue of Pomona just beside it. The place is exactly the same, except that poor Pomona has lost one of her tapering fingers. I sat there for half an hour, and it was strange how near to me she seemed. The place was perfectly empty—that is, it was filled with her. I closed my eyes and listened; I could almost hear the rustle of her dress on the gravel. Why do we make such an ado about death? What is it, after all, but a sort of refinement of life? She died ten years ago, and yet, as I sat there in the sunny stillness, she was a palpable, audible presence. I went afterwards into the gallery of the palace, and wandered for an hour from room to room. The same great pictures hung in the same places, and the same dark frescoes arched above them. Twice, of old, I went there with her; she had a great understanding of art. She understood all sorts of things. Before the Madonna of the Chair I stood a long time. The face is not a particle like hers, and yet it reminded me of her. But everything does that. We stood and looked at it together once for half an hour; I remember perfectly what she said.

8th.—Yesterday I felt blue—blue and bored; and when I got up this morning I had half a mind to leave Florence. But I went out into the street, beside the Arno, and looked up and down—looked at the yellow river and the violet hills, and then decided to remain—or rather, I decided nothing. I simply stood gazing at the beauty of Florence, and before I had gazed my fill I was in good-humour again, and it was too late to start for Rome. I strolled along the quay, where something presently happened that rewarded me for staying. I stopped in front of a little jeweller’s shop, where a great many objects in mosaic were exposed in the window; I stood there for some minutes—I don’t know why, for I have no taste for mosaic. In a moment a little girl came and stood beside me—a little girl with a frowsy Italian head, carrying a basket. I turned away, but, as I turned, my eyes happened to fall on her basket. It was covered with a napkin, and on the napkin was pinned a piece of paper, inscribed with an address. This address caught my glance—there was a name on it I knew. It was very legibly written—evidently by a scribe who had made up in zeal what was lacking in skill. Contessa Salvi-Scarabelli, Via Ghibellina—so ran the superscription; I looked at it for some moments; it caused me a sudden emotion. Presently the little girl, becoming aware of my attention, glanced up at me, wondering, with a pair of timid brown eyes.

“Are you carrying your basket to the Countess Salvi?” I asked.

The child stared at me. “To the Countess Scarabelli.”

“Do you know the Countess?”

“Know her?” murmured the child, with an air of small dismay.

“Yes, I have seen her.” And then, in a moment, with a sudden soft smile—“E bella!” said the little girl. She was beautiful herself as she said it.

“Precisely; and is she fair or dark?”

The child kept gazing at me. “Bionda—bionda,” she answered, looking about into the golden sunshine for a comparison.

“She is not young—like me. But she is not old like—like—”

The little girl began to look wise. “I have never seen the Signor Conte.”

“And she lives in Via Ghibellina?”

“Sicuro. In a beautiful palace.”

I had one more question to ask, and I pointed it with certain copper coins. “Tell me a little—is she good?”

The child inspected a moment the contents of her little brown fist. “It’s you who are good,” she answered.

“Ah, but the Countess?” I repeated.

My informant lowered her big brown eyes, with an air of conscientious meditation that was inexpressibly quaint. “To me she appears so,” she said at last, looking up.

“Ah, then, she must be so,” I said, “because, for your age, you are very intelligent.” And having delivered myself of this compliment I walked away and left the little girl counting her soldi.

I walked back to the hotel, wondering how I could learn something about the Contessa Salvi-Scarabelli. In the doorway I found the innkeeper, and near him stood a young man whom I immediately perceived to be a compatriot, and with whom, apparently, he had been in conversation.

“I wonder whether you can give me a piece of information,” I said to the landlord. “Do you know anything about the Count Salvi-Scarabelli?”